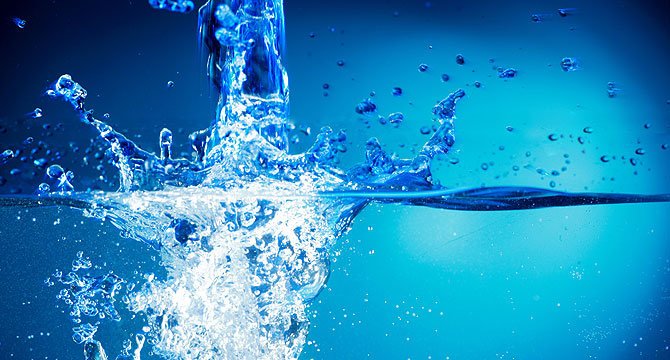 Water is one of the most common but simultaneously most mysterious substances on Earth. The human body is made up, in part, of water molecules. Much of the world’s surface and airspace is simply hydrated ions (bonded to hydrogen). Even rocks are, at least initially, mostly hydrated minerals. Water changes its physical state with ease (solid-liquid-gas), can dissolve more substances than any other liquid (and has very different solubility properties depending on the temperature), and doesn’t play favourites when it comes to reactions – plants, animals or microorganisms can be poisoned by their waste products just as easily as they can harness them for energy.

It should come as no surprise that there are hundreds of potential ways ultrapure water can be used.

But What is Ultrapure Water? How Does it Work?

Many people might begin to answer that last question by listing all of the things that are dissolved in ultrapure water. The reality, though, is that ultrapure water has fewer impurities than even distilled water. Distilled water leaves behind many minerals through distillation processes that concentrate certain contaminants into a smaller volume of liquid – but not only are these minerals typically benign ( some exceptions), they’re also intact and able to be reintroduced into a human body. Ultrapure water, on the other hand, is prepared by stripping every last impurity from the liquid.

This process is done using ion-exchange columns – you can think of them as batteries for ions (charged atoms or molecules). In an ion-exchange column, negatively charged resin beads are mixed with positively charged contaminants, and those two charges make it possible for water to “soak” up some of those contaminants depending on how strong the charge is on both ends of the chemical equation. Most impurities that end up in ultrapure water will have more negative charges than positive ones attached to them, which means they will soak up more positively-charged contaminants over time. Filtration processes are then used to remove any excess resin beads and other solids.

There are a few different types of ion exchange columns, depending on the desired low level of impurities in ultrapure water. The most common method is countercurrent solvent extraction with an elutriation or buffer solution – it’s a little bit like repeatedly going over a spot on your carpet with a vacuum cleaner, only instead of dirt you’re pulling out dissolved contaminants from the liquid. This system can be used for months without needing to worry about replacing the resin beads inside of the column.

Super-critical boilers rely on ultra-pure water for power generation. The water must be purified of H+ and OH- ions if it is to sustain the correct levels of water conductivity. Power plants generally rely on membrane filtration or ion exchange to achieve conductivity levels of 10 uS/cm, the same levels required in the semiconductor industry.

The semiconductor industry relies on both pure and ultrapure water to manufacture circuit boards and other sensitive electronic components. Many water-soluble minerals leave a residue that can impact performance, so demineralised water is frequently used. This is produced through deionisation in a resin exchange or electro-deionisation plant.

The water purification requirements of the pharmaceutical industry vary according to the different ways manufacturers use water. When used for injections, water must be filtered in a way that keeps tight control over bacteria levels. Water must be completely sterile, so double pass reverse osmosis and distillation is often used. Osmotic pressure alone can provide the saline water required to clean machinery, while reverse osmosis is ideal for reducing bioburdens. By limiting the water-borne compounds microorganisms rely on to proliferate, high purity water can be produced less expensively. Particle removal supports bacteria control and reduces the risk of microbial contamination. Once it takes hold, contamination can be difficult to treat without chemicals that themselves affect the water quality. Water used in inhalants and dilutants must also be sterile, as must the steam used to sterilise products and machinery.

The food and beverage industry is held to ever-increasing hygiene requirements, particularly in terms of water quality. Water used for producing intermediate and final products must be demineralised and filtered to pure levels. Some beverages require a specific mineral composition for their water – including many beers. To achieve this, brewers first remove all compounds from their water by deionisation or distillation, then re-add the desired minerals in the required quantities.

Water used for irrigation doesn’t normally need to be ultra-pure but must have the right pH level. Salinity and minerals are hazardous to sensitive crops, and residual nitrogen can expose them to algal growth, so irrigation water must be tested frequently. Where brackish water is required, reverse osmosis or fine filtration is a good way to maintain the right quality standards without removing essential salts.

The mining industry must recycle feed water and wastewater so no contaminant is discharged into the water table. While ultra-pure standards aren’t required for this, coping with dense sludge and acidic mine drainage is demanding on a filtration system.

What Can Ultrapure Water Be Used For?

As mentioned earlier, one of the key uses for ultrapure water is within semiconductor manufacturing processes. Ultrapure water is needed at almost every step of the process, from initial cleansing to cooling and rinsing in between. There is so much demand for ultrapure water in semiconductor manufacturing that some companies have been experimenting with creating “clean rooms” filled with ultrapure air – but this isn’t always a perfect solution. From getting rid of the dust particles to keeping dissolved impurities from ruining water, sometimes there’s simply no substitute for pure water.

One area where ultrapure water has seen a surge of interest lately is nanotechnology research. Some components used specifically in biological studies require ultrapure water to function properly – which means everything from using pump devices that can handle high osmotic pressure to making sure that all surfaces are clean while using complicated analytical tools.

As for other uses, ultrapure water is preferred by pharmaceutical companies in some cases. It’s also useful in some types of chemical synthesis – although depending on how demanding the process needs to be, distilled water may be good enough for certain applications. The main thing to keep in mind is that there are different grades of purity when it comes to water – so even if something isn’t strictly necessary, it doesn’t hurt to have high concentration levels of dissolved substances.

Of course, not every application will benefit from ultrapure water. Drinking it wouldn’t be particularly healthy – and besides, purified drinking water is readily available at most grocery stores and other public locations. If you’re trying to create ultrapure water, it’s important to know that many contaminants can slip through the filters used in purification systems – and sometimes this just isn’t worth the time and money required to produce something so pure.

Ultrapure Water: What Can It Do?

There are several benefits associated with ultrapure water, such as:

At Wychwood Water, we design and supply the equipment necessary to treat water to ultrapure standards. For a free quote or to speak with an engineer about your requirements, please contact us!